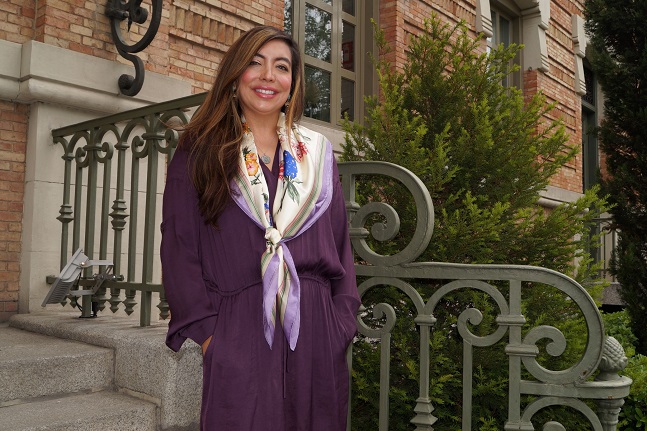 Zainab Khan, chair of the Muslim American Leadership Alliance, during her visit to Madrid. © Salam Plan

Zainab Khan defines herself as “a human being” who happens to be a mother, a wife, a sister, a daughter, a mentor, a Muslim… Someone for whom her heritage is “very important, because that’s the story I’m able to preserve”. Her father was from Afghanistan, her mother was Indo-Pakistani and she was born and raised in the US, so she feels like a “third spacer”.

She is cofounder and chair of Muslim American Leadership Alliance (MALA), which works to empower these US citizens within their communities by sharing their stories and “normalizing” that one can be Muslim and American at the same time. Bottom line against stereotypes is as well: Muslims are not a “monolith”. MALA is the first organization to collect oral histories of Muslim Americans, which are then archived in the Library of Congress of the United States.

She avoids pointing at anyone specific with the finger but acknowledges that bigotry and hate not only against Muslims, but also against other minorities, has risen in recent years in the US. This week she is visiting Spain to share her experience at Madrid’s Casa Árabe and at Barcelona’s Blanquerna Observatory.

What does being both Muslim and American mean nowadays?

Being Muslim and American is a chance and a space right now. We’re in interesting times. From my perspective, I was born and raised in the United States, both of my parents are Muslim, I identify as a Muslim, but I also come from a background where my siblings are married to a Catholic or a Hindu. I’ m first generation, I grew up with American values, but also with a strong sense of my Muslim heritage, culture and identity.

I think the challenge right now in the United States is that there is discrimination, there is bigotry… With over 750 stories that we have collected in MALA over five years, one of the things which does come up is discrimination, issues with assimilation, dual identity or multiple identities, trying to find belonging, within your community and outside… The whole purpose of having pride in being Muslim and American is the cornerstone of our work, so that people can speak freely and openly about their own experiences, whatever it may be, whether you are secular, whether you are orthodox…

Is it usually not possible to speak freely about one’s religion? Do people feel frightened to do so?

I don’t think they feel frightened. I think they feel more that, it’s almost like that’s just not my only layer of identity. I don’t just want to be known as a Muslim, I’m also Iranian, Turkish or Bosznian, and I’m also a female, and a mum… Muslim Americans, especially, are not a monolith. They’re one of the most diverse groups in the United States: socially, politically, economically… it’s the broadest social demographic [group].

Your siblings are married to a Catholic and a Hindu. With the current atmosphere, sometimes it seems this together living of different religions or beliefs is not possible, but they are a clear example that it is.

There is actually a quite large number of stories that we have collected of people of mixes heritage. One of the things that I have seen from my experience it that diversity and coexistence of Muslim Americans is phenomenal, wonderful, and it’s possible.

I have the impression that in previous years Muslims rather stayed silent and hid from telling others what their beliefs are. But this seems to be reversing now and Muslims are going public, like going out of the closet. Was there a need for it?

I think that people now are a lot more at ease, because there is community cohesion, support, social media [and] people’s voices and representation is heard. People are a lot more forthcoming and also have, still, pride in saying that they are Muslim, which is beautiful, because you can be Muslim, American… you could have multiple layers of identity and you could still exist and that’s who you are, that’s who I am. 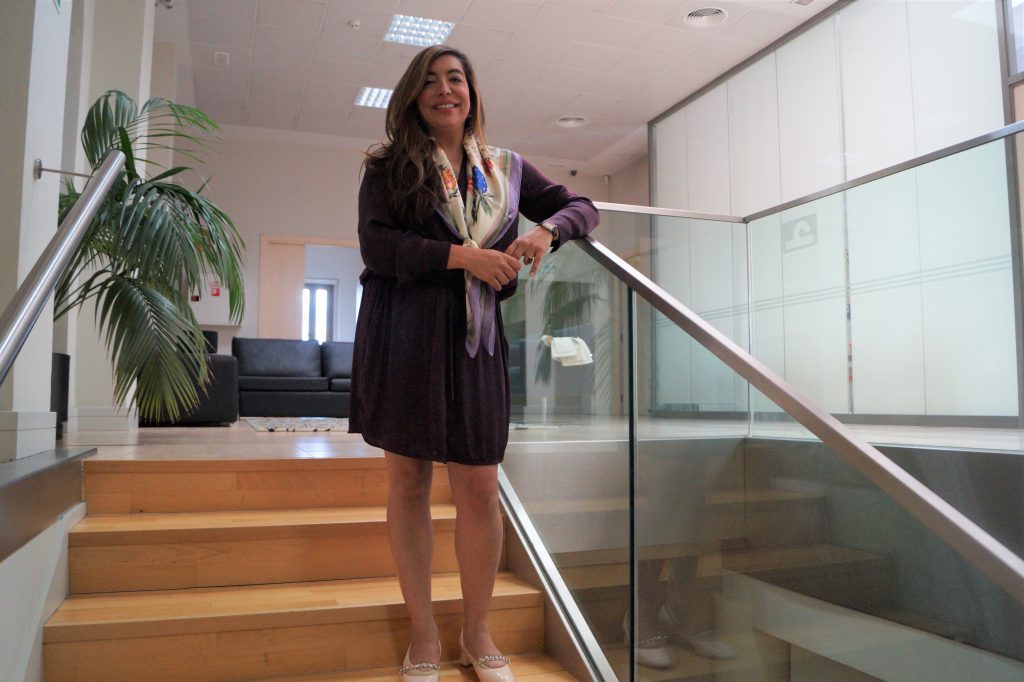 Zainab Khan presents herself as a “human being” who is Muslim, among many other things. © Salam Plan

Is it also, may be, the reaction to the hate speech of politicians like Donald Trump against Muslims?

I think that in the United States there is a very polarizing social-political climate. Hate crimes have been under increase, and not just for Muslims, but for Jewish people, for people of faith and for people of minority backgrounds.

There is a lot more need for representation in politics and public policy, in civic engagement… It’s wonderful to see Muslim Americans run for office and to see the richness of the diversity of elected officials that we have in the United States compared to other countries. But we still have a long way to go to continue to build bridges, to continue to show solidarity and social cohesion, and also to celebrate our differences and our similarities. When we look at both, I think that’s when we are able to really see that this is how we live together: with shared values.

“You can be Muslim, American, have multiple layers of identity and still exist”

Islamophobia is becoming the new normal, isn’t it?

Hate is never supposed to be the norm. And any type of bigotry, prejudices… that is something that we have to really grab by the horns and address it. The rhetoric around minorities, groups, communities… are labelling. Putting Muslim Americans as a monolith… These are all harmful towards society.

We can continue by showcasing the diversity, the leadership, the incredible amount of recognition and what communities have done… The Muslim American communities… it is a community of very highly educated resilient people.

What is the main prejudice you are tired of listening to and that you feel it is the main issue we all need to address?