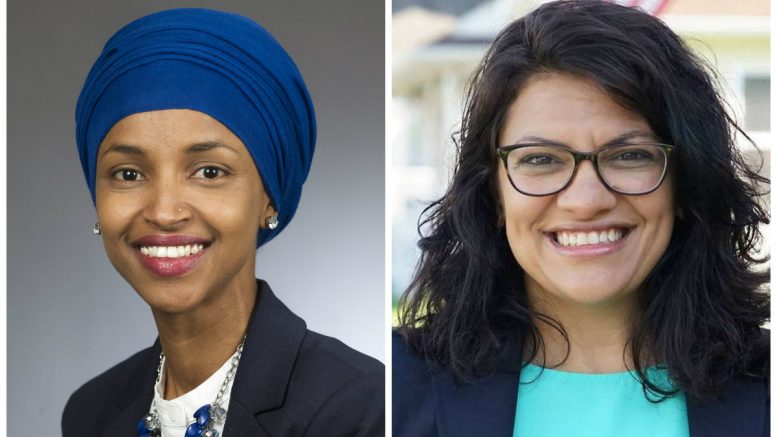 Ilhan Omar (left) and Rashida Tlaib (right) are the first Muslim women elected to Congress in the US. © Campaigns

Ilhan Omar y Rashida Tlaib have made history in these Midterm elections in the United States by becoming the first two Muslim women to be elected to Congress. The first one arrived as a Somali refugee at the age of 8 after fleeing the civil war in her native country; the second, was born in Detroit as the daughter of Palestinian immigrants.

“When people ask me who my biggest opponent is, I don’t give a name— I tell them the truth— it’s Islamophobia, Racism, Patriarchy, Xenophobia and Misogyny. We can’t let them win,” said Ilhan Omar at the Muslim American Society convention.

“As I watch what is happening in this country and with this administration, I can’t believe the lack of panic”, she confessed to Elle magazine. This 34 year-old public servant arrived at the States when she was 12, after having spent four years in a Kenian refugee camp. She is not only one of the two first Muslim women to arrive in Congress but also the first Somali-American to do so, plus the first one wearing a hijab. She made it after just two years as legislator in Minneapolis.

The youth has apparently been key to her success. Almost half of her constituents are aged under 24, she explained in an interview on MSNBC. During the campaign she met with them to listen to their aspirations and worries, and went from door to door to ask for their support until the last moment.

“When people ask me who my biggest opponent is, I don’t give a name— I tell them the truth— it’s Islamophobia, Racism, Patriarchy, Xenophobia and Misogyny. We can’t let them win”

Rashida Tlaib is a 42 year-old lawyer who defines herself as a “social worker at heart”. She does indeed give a name to fight: Donald Trump. She focuses her present fight on him and his message. Once, when the president of the United States, went to an event in Detroit, she stood up and screamed asking him: “Have you ever red the US Constitution? You need to read the US Constitution!”

“He can ban us from coming into the country, but he can’t ban us from getting elected to U.S. Congress”, she said to Marie- Claire magazine during the campaign.

In a campaign video she was wearing a T-shirt which read “Mums against Trump” and she explained that was “the spirit of why we are doing this”.

It is a specially relevant message the one Tlaib and Omar are sending with their election, taking into account that immigration has been the key issue of Trump’s campaign with Republican candidates. Even its beloved Fox News channel did not was to broadcast a spot where he criminalized the hundreds of people crossing Central America fleeing from violence and poverty in their countries (mainly Honduras) with the hope to get to the US.

Tlaib’s victory is even more significant, due to her Palestinian origin and given that president Trump just recently moved the US Embassy in Israel from Tel Aviv to Jerusalem. That way he broke with decades of global diplomacy which had avoided to take part in the dispute about the capital city of Palestinians and Israelis.

Both Tlaib and Omar belong are Democrats and have social-progressive views. They advocate for rights like public education, health care for everybody, better environment policies or the defence of minorities, such as LBGT or immigrants.

Omar will replace Keith Ellison, who was the first Muslim elected to Congress and who is currently the Democrat candidate for attorney general. Tlaib will sit on Democrat Rep. John Conyers, who resigned after sexual-harrassment allegations. Her victory was a given, as no Republican candidate presented himself in her district.

These Midterm Elections of November 6th have marked a record of Muslim candidates in response to the anti-Muslim policy and discourse of Donald Trump Associated Press reported. This time there were almost 100 Muslim candidates, as opposed to 2016, when there were about a dozen.