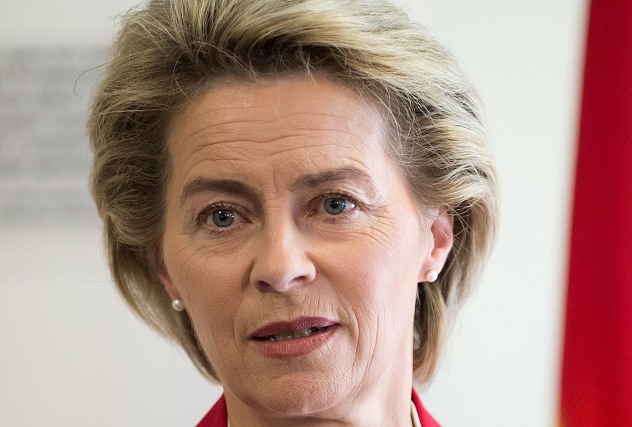 The candidate for president of the European Commission and current Minister of Defence of Germany, Ursula von der Leyen, presents her nomination to the position of European leader this Tuesday. Muslims make up approximately 5% of the population she wants to represent. A defender of “diversity” in society, this Christian Democrat has promoted the next incorporation of rabbis and imams to the German Army, but she did not always have an inclusive policy.

She has been a member of Angela Merkel‘s Council of Ministers since the beginning of the Chancellor’s Office in Germany in 2005. She has been Minister of Defense since December 2013 and was Merkel’s right-hand woman in the German Christian Democratic Party (CDU) since November 2010. Before Defense, she led the Ministry of Employment and Social Affairs, and previously the Ministry of Family during one term each.

On her new Twitter account, Von der Leyen defines herself as “mother of seven [children], born in Brussels and European at heart”. In Europe there are almost 26 million Muslim citizens, according to a 2016 study by the Pew Research Center. This has been the political evolution of Von der Leyen with respect to this part of society:

An agreement for ​​value education only among Christians

At the beginning of her political career at federal level in Germany, the then minister for Family, promoted an “agreement for [value] education” ​​only with representatives of the Catholic and Protestant faith. It was in 2006 and both the Social Democrats and the Central Council of Muslims in the country criticized the initiative, considering it biased.

“The same way we learn our mother tongue, we have to first clarify our own position so that later we can open ourselves to other religions,” Von der Leyen justified. But she did not convince even all the members of her party. “If it’s about education, it’s also about an intercultural dimension,” the president of the Turkish-German forum of the CDU and Muslim politician Bülent Arslan, told Spiegel Online.

The policy was also criticized for limiting the educational alliance to religious organizations, without taking into account those who do not profess any faith nor did she invite teachers and educators to take part in the initiative.

Rabbis and imams in the army

As Minister of Defense, in November 2015 she was open to include imams as spiritual advisors in the Army for those soldiers who profess Islam, the Die Welt newspaper reported.

Five years later, this issue has been put on the table again, with the arrival of rabbis as spiritual advisers in a pilot project, as reported by the German media last April. Defense has committed to also incorporate imams, although it has not given a date to specify this measure and has explained that there is not a single Muslim body with which to make the necessary agreement.

Ursula von der Leyen argued that the measure – very much discussed – was an “important signal”. “Precisely in times in which anti-Semitism, religious polarization and narrow-mindedness in many places are booming,” the candidate to chair the European Commission found it important to also provide Muslim and Jewish soldiers spiritual advice, just as Catholics and Protestants already did, Deutsche Welle informed. She acknowledged that “they have expressed this desire for a long time and it is a justified wish”.

There are approximately 3,000 Muslim troops in the German Army and some 300 Jews, in addition to some 53,000 Protestant soldiers and 41,000 Catholics, according to official estimates.

In Germany there are between 4.4 and 4.7 million Muslims, according to official figures. In an interview in 2016, Von der Leyen tried to value German Muslim soldiers when asked about a “multicultural” army. “We have soldiers [of] Turkish, African or Arab [origin] and many German-Russians. In missions abroad we currently have some 170 Muslim soldiers. They are indispensable. With their knowledge of the language and culture, they provide us with access to the corresponding population, “she said to the Berliner Morgenpost.

Although this way she linked Islam to migration, and putting Muslims as foreigners is one of the discriminatory elements denounced by the European experts on islamophobia -like the Runnymede Trust-, it is necessary to indicate that the current leader of her party and its Spokesman in the Bundestag have stressed that Muslims are part of Germany just like any other person of another faith. Von der Leyen has spoken publicly in favor of “diversity” in society.

The much-talked-about visit to Saudi Arabia, without hijab

There are Muslim women who wear hijab (or other type of veils) and others who do not. In Saudi Arabia – where it is mandatory by law – there are women who actively fight against it being an obligation, which has cost more than one imprisonment and lashes, as Amnesty International claims.

It caused a lot of media stir in Europe when Ursula von der Leyen went on an official visit to Saudi Arabia and did not wear the abaja – dress up to the feet – nor a veil. Nor did she want the other women who arrived with her to feel obliged to wear it, even though the German embassy in the country had prepared it that way, according to the German media at the time, in 2016. Shortly before Von der Leyen had been in Saudi Arabia the then first lady of the United States, Michelle Obama, had not worn the hijab during her visit to the same country.

There are few public statements in which the candidate to chair the European Commission has given hints on her opinion or attitude towards Muslims, which make up approximately 5% of the European population with about 26 million people who profess Islam. But from that first educational measure in 2006 until now she has shown an evolution in favour of the care of cultural diversity in society.