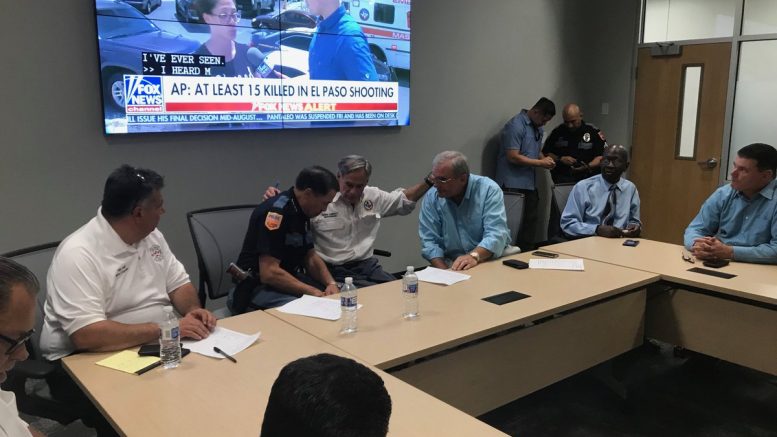 El Paso Police Department published this picture of the response to the attack.

Twenty people have died and another 26 were injured this Saturday when a man opened fire at a shopping center in El Paso (Texas). The alleged perpetrator is under police custody while the FBI is treating the attack as a case of “domestic terrorism”. The author could face a death penalty.

Authorities have confirmed the suspect’s identity: it is Patrick Crusius, a 21-year-old from Texas, who shortly before the terror attack published an anti-immigrant manifesto online. The text speaks of an alleged “Hispanic invasion of Texas” and details a plan to separate the United States into territories according to race, The New York Times reports.

Federal authorities have said they are considering to put the terror attack also under hate crime and gun charges, which could lead to a death penalty. El Paso District attorney, Jaime Esparza, announced he will be seeking the death penalty.

Donald Trump has described the attack as “an act of cowardice” and said that “there are no reasons or excuses that will ever justify killing innocent people.”

The firefighters of El Paso have indicated to those who are looking for relatives and loved ones, to go personally to the Family Reunification Center at 8101 Whitus Dr. “You must be physically present, NO data is given over the phone”, they have indicated in Twitter

Texas Governor Greg Abbott has described the massacre as “one of the deadliest days in the history of Texas.”

In less than 24 hours another shooting has taken place in the United States. The second was in Dayton (Ohio) and has left 9 dead victims and several injured. The reasons are still unknown.

Police shot the attacker, who has died. He was identified as Connor Betts, a 24-year-old neighbour of the outskirts of the city. His sister Megan (22) was under the victims who lost their lifes. He also killed eight other people, six of whom where black and two others, white. Police do not believe there was a racist motive behind this attack.

There have been three shootings in only a week in the US.