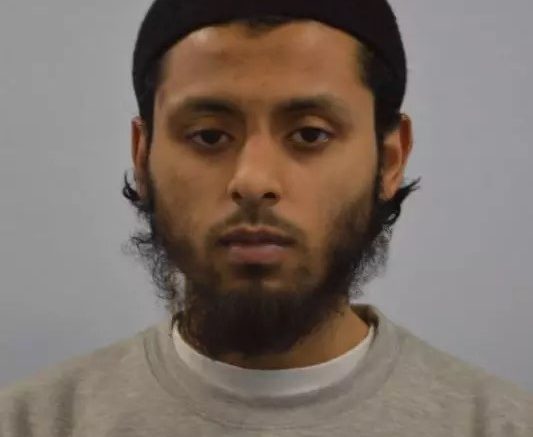 Umar Ahmed Haque is 25 years old and tried to radicalize 55 children aged between 11 and 14 years. He has been jailed for life and must serve at least 25 years for two counts of preparation of terrorist acts, among others.

British police reported on Tuesday that a group of three men led by Haque had planned to attack in the long term in London against a variety of targets with the help of children. Umar Ahmed Haque, from East London and born in 1992, involved children in role-playing games in which he encouraged them to stab officers to death. He also showed them violent videos.

“When specially trained officers interviewed the children, they described being shown by Haque horrific videos of extreme terrorist violence including executions,” deputy assistant commissioner Dean Haydon described in a press release of the Met Police.

“The children were paralysed by fear of Haque, who essentially told them that a violent fate would befall them if they told anyone what he was doing”

“The children were paralysed by fear of Haque, who they understood to have connections to terrorists and who essentially told them that a violent fate would befall them if they told anyone what he was doing. They were too afraid to confide in anyone,” he explained

Haque was an administrator at a madrasa in Ripple Road Mosque at Baskin, on the outskirts of London, and had taken advantage of his position to get in touch with the minors.

Police had been tracking Haque since April 2016 when he was stopped at Heathrow airport as he was about to fly to Istanbul (Turkey). Almost a year later, in March 2017, they intercepted an important five-hour phone conversation with one of his accomplices, Muhammad Abid, also from East London and born in 1990. Haque assured him that he had managed to radicalize 16 children.

Police had no evidence that this was true, but after arresting the group that organized the plot, they continued their enquiries and were able to check with social workers that Haque had tried to radicalize 55 children between 11 and 14 years old.

Abid, who was confidant of Haque while he elaborated his plan, has been sentenced to 4 years and 3 months in prison for having information about terrorist acts. The eldest of the band was Abuthaher Mamun, aged 29, also from East London. He helped Haque to plan the attacks and tried to raise money online to carry them out. He has been imprisoned for 13 years.

Haque was trying to form an army of soldiers, including children

In telephone conversations with his accomplices Haque talked about matters such as how to intensify the effect of a bomb or what type of vehicle to use and what the police response would be. Haydon has described the leader of the group as “dangerous man who was inspired by attacks in Europe and Westminster.” He intended to carry out “numerous attacks at once, using guns, knives, bombs and large cars to kill innocent people”. He was trying to form “an army of soldiers, including children” to fulfil his plan years later.

Before that key telephone conversation to uncover the terrorist plot, investigators had already detected searches of terrorist attacks and executions on his mobile phone and had revoked his passport, although still without evidence. Evidence gathered afterwards by counter terrorism officers demonstrated Haque had begun planning an attack in the UK.

The 55 children affected are getting assistance and 35 of them will still need long-term support, according to the police.

Among the 30 approximate targets identified by the Counter Terrorism Command and MI5 were groups -which the Police have not specified in their PR-, businesses and establishments in London.