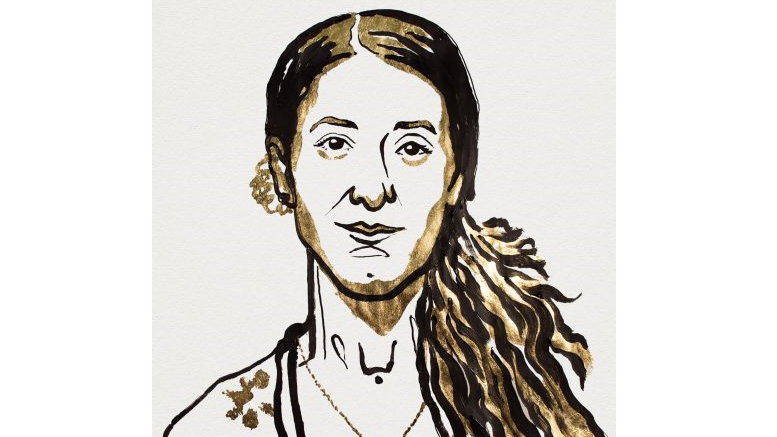 She seems fragile at first. A small young woman in a thin body who exhales modesty. In fact, while she is trending topic on Twitter worldwide, she keeps her more than 100,000 followers without a reaction to the biggest prize one could ever win on human rights fighting.

She already won the Sakharov prize conceded by the European Parliament in 2016 and is good will Ambassador for the United Nations, among other prizes she has been recognized with around the globe.

She was 21 when ISIS appeared in her little village in the north of Iraq on August 15th 2014. The terrorists killed her mother and six of her brothers, apart from many other women and men. They kidnapped her and sold her as a sex slave. But she managed to escape and not only tell her story, but the story of thousands of Yazidis suffering under ISIS.

She found strength out of her tragedy and rose as a strong voice for the Yazidi people, because she said to herself she would be “the last girl”, like her book (Tim Duggan Books) says. The testimony of her captivity and her fight against the terrorists has been heared all around the world. Thanks to her, people got to know that there is exists a minority called “Yazidi”, from an ancient monotheist religion from which only about one million worshippers remain, according to Nadia.

Yesterday was a special day for @AbidShamdeen & I. We are very thankful and humbled for all the wishes & support from our family & friends. The struggle of our people brought us together & we will continue this path together. Thank you for your support everyone! pic.twitter.com/MpeEOGguGK

The Nobel Peace Prize comes to complete a happy year for her: she got engaged in August to another Yazidi activist. “Yesterday was a special day for Abid Shamdeen and I. We are very thankful and humbled for all the wishes & support from our family & friends. The struggle of our people brought us together & we will continue this path together. Thank you for your support everyone!”, she announced on Twitter.

She has started a new life in Germany, although she travels a lot so that no one forgets. MEP Beatriz Becerra defended her candidacy for the Sakharov Prize and knows her well. “Normally, someone who has gone through something like what she has, would be devoted to reconstructing her life and try to survive”, she said to Salam Plan. But Nadia is not “normal”. And she does not seek revenge, but “democratic justice”, the European politician highlighted.

“She is a sweet person, charming, apparently fragile physically speaking, but nothing stays on her way. No door keeps closed for her”

“She is a sweet person, charming, apparently fragile physically speaking, but nothing stays on her way. No door keeps closed for her”, she added.

Among her allies, Nadia Murad counts on the United Nations, the European Parliament and voices as strong as the human rights barrister Amal Clooney, who also defends her cause and works for the terrorists to pay at the highest courts for the crimes they have committed.

Besides, Nadia Murad has also created Nadia’s Initiative, an organization “aimed at increasing advocacy for women and minorities and assisting to stabilize and redevelop communities in crisis”. Currently, they are focusing on Sinjar region in Iraq, where she comes from. All this work and prizes… and she seemed fragile at first sight. Nadia Murad, Nobel Peace Prize 2018.