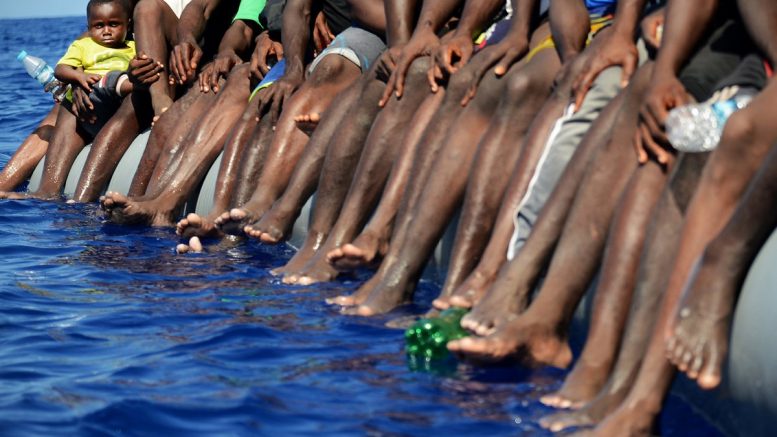 People on a rubber boat in the Mediterranean on the deadliest migration route in the world. © CEAR/ Gabriel Tizón

One in every 110 people around the world has had to leave home. It’s as if a person fled every two seconds.

The people who have obtained refugee status around the world are 25.4 million, the equivalent of the entire population of Australia. And that is not even half of all the people who have been forced to move away from home around the world (68.5 million in total), because the majority stays elsewhere in their own country. In addition, there are 3.1 million people worldwide waiting for a response to their asylum application. The figures continue to rise for the fifth year in a row, according to the ‘Global Trends Report’ of the UN Agency for Refugees (UNHCR).

On the occasion of the World Refugee Day on June 20, Salam Plan collects the most surprising data on refugees:

How many people who have had to flee their homes are minors?

More than a half. The 53% of those who have had to flee their home due to some conflict, war or because they were suffering persecution are under 18 years old, according to UNHCR.

Which countries are the ones that receive the most refugees?

Turkey is the country which hosts more refugees, giving international protection to 3.5 million people. Before the agreement with the EU, it already hosted more than 2 million. Proportionally, however, it is Lebanon that receives the most refugees. This small state between Syria and Israel hosts 1 million refugees along with 6 million Lebanese.

Among the five countries that receive the most displaced people there are also Pakistan and Uganda (both host about 1.4 million respectively) and Iran (979,400).

How many EU states are among the top 10 of the refugee-hosting countries?

Only Germany. It occupies the sixth place, with 970,365 refugees and people in similar situations, excluding asylum seekers.

The next European country that has granted international protection to more people is France, with 337,000. It is in 13th place among the host countries, at the same level with Cameroon.

>>> You may also read: The truth about the alleged pull-backs of migrants from the sea to Libya<<<

How many displaced people do the developing countries receive?

85% of the forced displaced people in the world are in developing countries, according to UNHCR, the neutral UN agency that manages international protection requests.

The ‘top 10’ is formed by Turkey, Pakistan, Uganda, Lebanon, Iran, Germany, Bangladesh, Sudan, Ethiopia and Congo in this order.

How many people are stateless, without recognized nationality?

10 million, the same as the population of Hungary.

Which are the countries of majority origin of the refugees?

Syria, Afghanistan, South Sudan, Myanmar and Somalia. In all of them there is war or an open armed conflict. The case of Myanmar is particular, because of the ethnic cleansing against the Rohingya Muslim minority denounced by the UN.

How many people have died in the Mediterranean since 2015, the year in which there were large arrivals of asylum seekers to Europe?

12,887 have died or disappeared, according to the International Organization for Migration (IOM), a United Nations agency. The deadliest year was 2016, with 5,143 dead. These are the people for whom there is some proof, but the organizations warn that the numbers are probably higher.

The Mediterranean is the “deadliest” migration route in the world, according to the Spanish Commission for Refugee Aid (CEAR). So far in 2018, 857 people have died or disappeared in the Mediterranean.