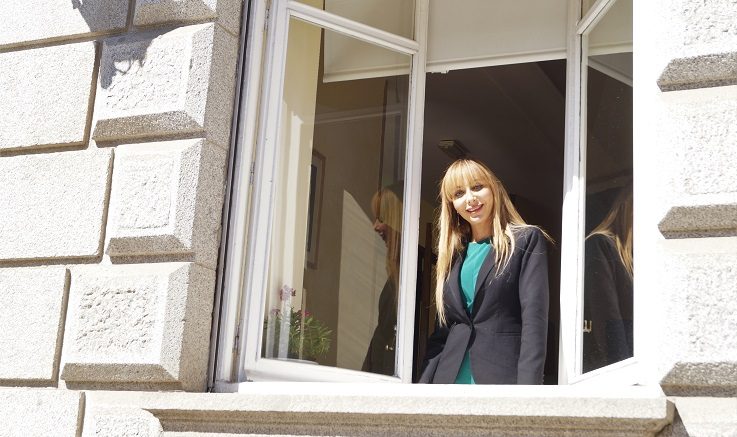 Samah Marmash is the executive director of the Arab Women’s Legal Network, with 665 members in 18 Arab countries. Their aim is to facilitate the legal work to fight together for women’s rights in their lands. Judges and institutions count on lawyers of this network to teach courses on this topic. But there is still much to do.

Marmash herself is a Jordanian lawyer who has an in-depth knowledge of women’s legal rights in North Africa and the Middle East and was therefore recently invited by the Spanish Agency for International Development Cooperation (AECID) to take part in a set of conferences of women’s rights in Madrid.

She talked about “women who are afraid to tell their own family” that they are being a victim of gender violence, she talked about laws which oblige adult women to depend on a male figure to exercise their right for property -just as it occurred in Spain only some decades ago-, she exposed the wide persistence of child marriages, “an open secret”, and assured there were 40,000 cases in Morocco in 2017, and another 10,000 in Jordan.

For this leading lawyer, who declares herself a Muslim feminist, patriarchy is a common phenomenon to the misleading historic interpretations of all religions. “I believe all religions begin with fair standards for women and men and, throughout history, they get changed to favour men,” she says to Salam Plan.

The international NGO she directs, AWLN, has set the priority to establish the path for women to be able to “take part in the construction of their societies” ameliorating the civil legal system of the Arab countries. Samah Marmash has seen how more and more men in the region are getting on board in the fight for equality, although not as actively as she would wish.

Which accomplishments for women’s rights would you highlight in the Arab countries for the last years and what are the main issues you still need to address?

There were so many success stories in the region. For example, in Palestine they have created an Alimony Bureau; so, if a woman gets divorced [and does not get the legal maintenance from her ex husband], you can go to the office and ask them to file a case and get your money, even if the husband is not paying. This is very good to empower women economically and to show men, the Government will go after you and not after the vulnerable person.

In Jordan, we started something [similar] last year and it is on this year’s budget. We are at the beginning of the road, but the good example is Palestine. And we took another good example of Morocco. In Morocco they have family courts, where they review cases of violence against women, family cases or religious topics as well. It is [another] good example, [which] we want to reflect in our country in Jordan for the family violence cases.

The main issues you need to look at now are gender violence then?

Yes, violence against women; the right of nationality, to reflect it on their children [who for now cannot adopt the nationality of their mother in places like Jordan]; to stop child marriages… it’s for all of the region: North Africa or the Middle East. It’s a disease that is currently there. These are the main topics we should highlight now.

What is the role of men in the Middle East in the fight for women’s rights?

They didn’t have a role at all. Actually, they were against the feminist movement; not all of them, but a large and good number of them. Recently, in the past ten years, we got them on board. We knew how important it was to make them our partners, because we cannot change attitudes if we work on one part of the community forgetting the other half.

When we started to work with them as partners, we had their voices with us. But they are not as large of an amount as you would wish. Most of them know that this is the trend nowadays, so [they] may talk with you about the same issues, they may try to show you that they are feminists, but in fact -whether they are helping or not- they are reflecting their attitudes on their policies, even in their homes, which is how you know if [their commitment] is true or not.

So, there are large voices of men who are supporting [the feminist movement], but not so many are truly on the ground. At least, we have a good start to work with them. Actually, they are helping us. In our Parliament in Jordan, for example, we have a few men who do believe in women’s rights which need to be reflected in the laws. In Lebanon, we [do also] have a good amount of fair men. In Syria now, nothing is clear yet.

“The attitudes of men on their policies, even in their homes, is how you know if their commitment to women’s rights is true or not”

During your conference, you talked about the influence of sharia on the rights or lack of them for women in the Middle East. To which extent would you say Islam is the reason of patriarchy in the region? Or is it tradition or…?

I believe all religions begin with fair standards for women and men and, throughout history, they get changed to favour men. It is not only in Arab countries. Europeans used to have it, but they used civil rights to change this idea.

We are still suffering from it, because after all the wars we have been through, we have not been able… the bad effect of wars is to give you traditions that you don’t have, ideas that you don’t have, bring you backwards, not forward… So, what we have is mostly in the name of religions, but it’s not us, it’s not religion. It’s the global force to keep persons backwards.

“I believe all religions begin with fair standards for women and men and, throughout history, they get changed to favour men”

You define yourself as a Muslim feminist.

Yes, and nowadays we have feminists from all the religions which are in the Arab region. Throughout the history we used to have Muslim feminist women, but the history does not highlight their efforts. For example, Mohammed’s first wife used to defend women’s rights, that is why she supported him.

But then again, this example refers to one of his wives, something which people often reject or do not understand.

Yes, exactly. But during her lifetime he did not marry any other woman. He did after her death, and according to our religion, he did so, because he wanted to gather so many people. For example, he wanted to show that it is good to marry a widow, so he got married to a widow. According to our law, there was a reason for every marriage, according to Q’ran it is not preferably to be married to more than one [woman], but there are certain circumstances and hard conditions where you can do so. 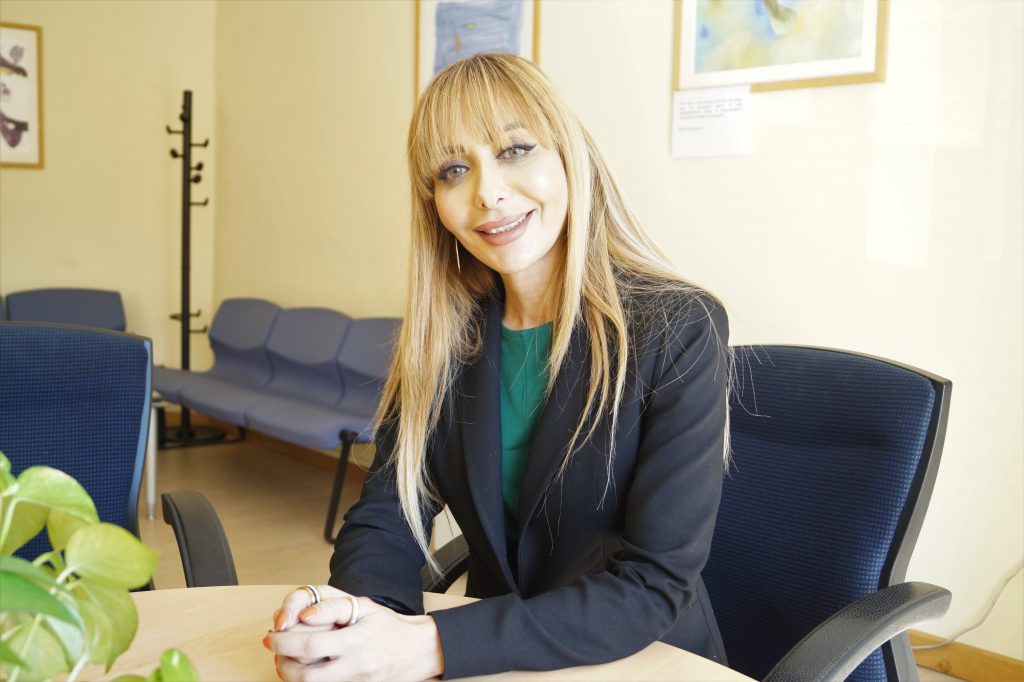