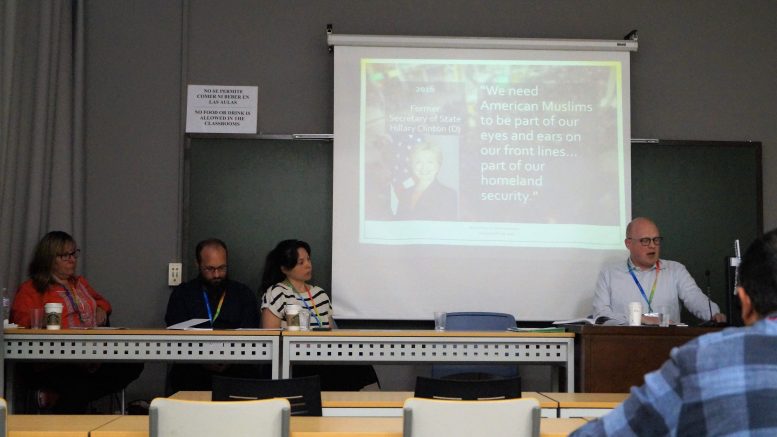 George W. Bush and his ‘war on terror’ is not the only precedent to Donald Trump’s measures against Muslims and Arabs. It has been building up for the last decades in the United States, researchers have exposed this Wednesday in a panel celebrated at the World Congress for Middle Eastern Studies (WOCMES) in the Spanish city of Seville.

Wiretapping Muslims and Arabs in a generalized way for considering them “potential terrorists” happened for the first time in the 60’s of last century, professor Louise Cainkar of the Catholic Jesuite Marquette University in Wisconsin explained. At that time, Arab visiting students were interviewed and controlled by agencies like the NSA. They were “threatened” with deportation if they acted for Palestine in the context of the Six-Day War of June 1967.

“With Richard Nixon, the profiling program of Arabs and Muslims got institutionalized”

With Richard Nixon as president of the US, the “profiling program got institutionalized”, Cainkar said. The so-called “Operation Boulder”, was “a program that scrutinized the activities of Arab Americans and profiled visa applicants with Arab sounding names”, Sarah Laskow explained in the Columbia Journalism Reviewin 2013. The ‘Declassification Engine’ built up by history professor at Columbia University Matthew Connelly revealed it. In 1972 an article in the Washington Post informed about 2,000 students found “deportable” and 400 students had left their country on their own, the Marquette professor highlighted. 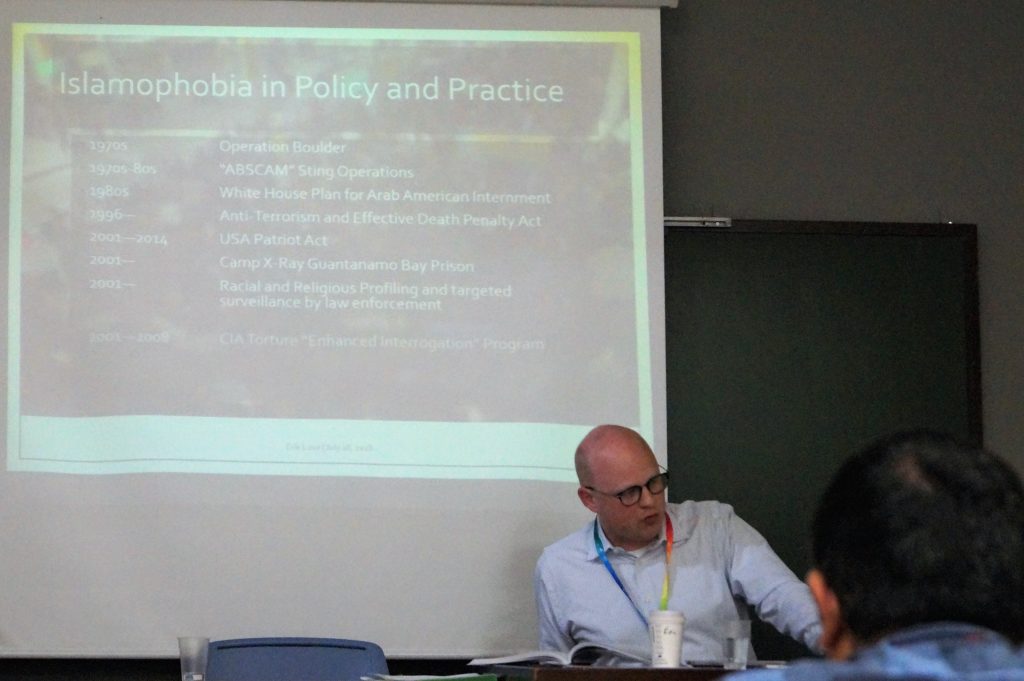 ‘Operation Boulder’ was one of the first governmental moves to islamophobia, according to the panel at WOCMES.

“The discourses, representations and policies shifted after the Iranian Revolution. From Arab to this much wider group of Muslims”, she said. That was when the “Middle East” concept came into place. While ‘Arab’ and ‘Muslim’ do not mean the same thing, American policies seem to have treated both as synonymous. In fact, professor Erik Love from the Dickinson College in Pennsylvania, defended during the panel in Seville that “islamophobia is racism, [as] it fits neatly into American’s tradition of white supremacy”.

Trump’s “age is an intensification in anti- Muslim animus but not a turning point; it has reached a new watermark”, Jameel Haque summarized. This History professor at Minnesota State University describes himself as well as Muslim activist in the US. “My authority as an expert is continuously challenged as are historic facts [I present]”, he complained about one of the challenges he faces in his work.

To him, “what is new in the Trump era is that the federal government is complicit” and gives a “microphone” to hate groups. He feels he always has had to challenge what he calls “islamofiction”, but at present there are two new aspects into it: a “Muslim ethnic and racial significance” and that “Muslim natives of the US are viewed as foreigners and suspicious”.

In this respect, he recalled the episode on Barack Obama’s birth certificate and his alleged Muslim faith as a matter of suspicion. Not only there was an anti-Muslim discourse there by Donald Trump, but Obama always challenged this by “affirming his Christian faith”. For Jameel Haque this was “implied islamophobia”, the same as maintaining the Guantanamo camp.

Love reminded of another episode in the past election campaign during the debate between Hillary Clinton and Donald Trump with questions of the audience include. One woman asked: “With Islamophobia on rise, how will you help people like me not to be seen as a threat?”. Trump answered with more security and Clinton “accepted the premise” of relating Muslims to security issues with what Love defines as a “softer islamophobia”. She answered: “We need American Muslims to be part of our Homeland security”.

Haque stated US textbooks have always included “misconceptions” about Muslim and Arab people, like speaking about the “Reconquista” against Muslims, who are never called Europeans but referred to by their faith. Haque believes an “update of our [educational] curriculum should be a forward step towards understanding”.

He also proposes activists to build a community of diverse minority groups, not only ethnic, cultural or religious groups but also others like LGBT, for example. He believes a unified work would help them have their own political voice more represented.

WOCMES takes place every four years in a different city. This year it has been organized in Seville by the Three Cultures Foundation and about 3,000 researchers and experts from around 91 countries have registered to take part in this academic summit which will last until Friday, the 20th of July.