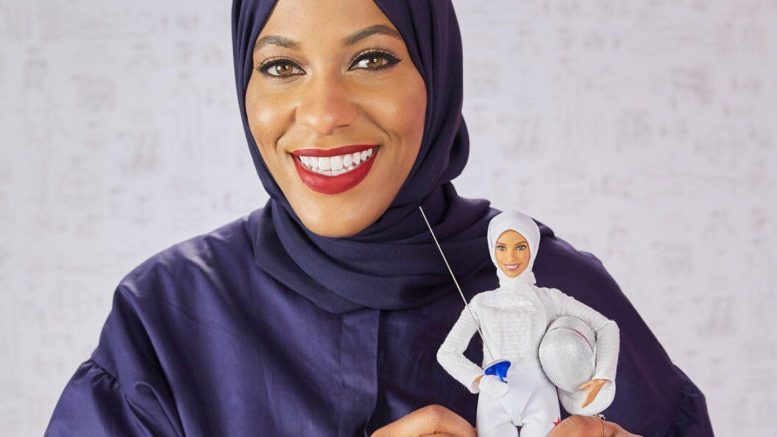 Ibtihaj Muhammad was the first Muslim woman representing the US in the Olympic Games while wearing a hijab, and she won a bronze medal together with her fencing team in Rio de Janeiro (Brazil). Now Mattel has launched the first ever Barbie doll wearing a headscarf inspired by her.

“While I was growing up I didn’t have many options of dolls that looked like me”, Ibtihaj Muhammad recalled in a video for the presentation of this new Barbie version. “This is such a big moment, not just for me, but for little girls everywhere”, she assured. Dolls with hijab are not as uncommon in countries with a major Muslim population, but until now worldwide known Barbie had not offered this option.

Dolls with hijab are not as uncommon in countries with a major Muslim population, but until now worldwide known Barbie had not offered this option

The doll was officially presented at a Glamour magazine gala devoted to the “Women of the Year” last Monday but it will not be until 2018 that she will go on sale. “When I think about my own journey being a Muslim girl in London, there were people that made me think I didn’t belong… For all those people who didn’t believe in me, this Barbie girl is for you”, Muhammad said.

“Ibtihaj continues to inspire women and girls everywhere to break boundaries”, Mattel said on its Instagram channel, where it has got almost 36.000 likes but also some comments against this initiative.

We are so excited to honor @IbtihajMuhammad with a one-of-a-kind #Barbie doll! Ibtihaj continues to inspire women and girls everywhere to break boundaries. 🤺 #Shero #YouCanBeAnything #GlamourWOTY