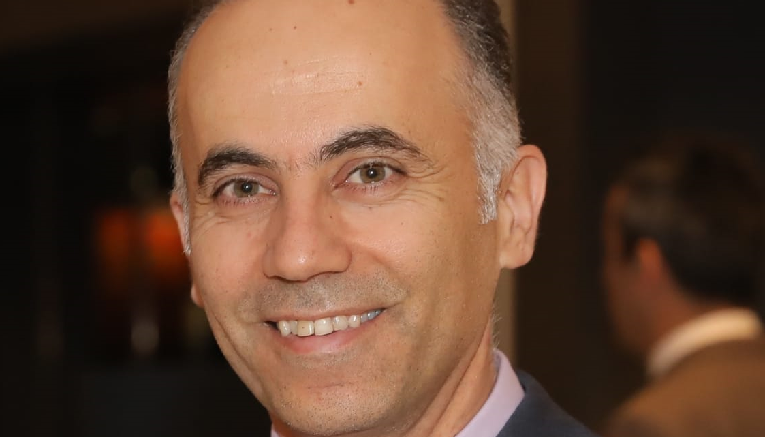 Lebanon has 18 different religions officially recognized, half of the population are Muslims and about another 40% is built by Christian communities.

The country went through a long civil war which lasted from 1975 to 1990 and, although it still faces many challenges, it is often mentioned as an example where different religions have been coexisting for decades. In recent years, it has also become the country with the highest concentration per capita of refugees in the world, due to the war in neighbouring Syria.

Fadi Daou is a Maronite Catholic priest in Lebanon, where he chairs the Adyan Foundation, ‘adyan’ meaning ‘religions’. With a team of people from different faiths, the Foundation works to improve the interreligious understanding in the country and worldwide. Daou has contributed to international policymaking speaking at the United Nations, the European Parliament and to the Arab League. Salam Plan talked with him during his recent stay in Madrid this week to take part in a seminar on Lebanon at the cultural centre Casa Árabe.

Lebanon is many times mentioned as an example of coexistence of religions. Is there a real together living or does every community rather stay within the group they belong to?

When we say coexistence it’s about managing the plural identity of the Lebanese society in a positive way: on the cultural, legal level and political levels.

Lebanon has officially 12 Christian communities, 5 Muslim and one Jewish community that are officially recognized by the Constitution. Of course, there is also the freedom of religion and the existence of other religions, but these are the historical ones in Lebanon.

So when we speak about coexistence, definitely we are speaking about an inclusive way of living together without the domination of one party over others. This is a very delicate balance, which Lebanon kept searching throughout its history and it ended up in the civil war. Today Lebanon is looking again to redefine this balance.

“When we speak about coexistence, we are speaking about an inclusive way of living together without the domination of one party over others”

Would you say this balance is currently working?

This balance is never working 100%, no. It’s always somewhere between 50% and 100%. Today we have some major challenges. One of them comes from the consequences of the civil war, where we had direct conflict from people of different communities. Now the communities are more segregated than before , so we are fighting stereotypes, healing wounds and also building knowledge through education to ensure that the Lebanese society is attached to its shared values before the conflict.

Another challenge is the huge number of refugees living in Lebanon. We see today how much the refugee and immigration issue is challenging Europe, although the proportion of refugees is really non-significant in comparison to what is happening in Lebanon. You have less than 1% of refugees compared to the European population, whereas in Lebanon we have more than 30%. It’s challenging, but at least we are avoiding that it generates conflict, although it is being sometimes used in populist political discourse. But, globally, the Lebanese society demonstrated a huge capacity of hospitality and solidarity.

Other type of challenges are more on the legal level, where we are trying to enhance this situation based on real equality and respect of human dignity and human rights for all citizens.

Lebanon hosts around 1.5 million refugees in a country of 4.5 million Lebanese people. The majority of refugees are Syrians and there are also Palestinians. What lessons can Europe learn from Lebanon about hosting refugees?

I would say, first it is to fight and refuse all political manipulation, because the refugee situation is always a humanitarian and humanistic situation and not at all an ideological and political one. Sometimes politicians in Europe are raising the fear among the population, saying for example that “we are being invaded” by people from outside Europe or by Muslims… All these discourses are definitely against the fundamentals of human rights, which make Europe what it is. The richness of Europe is because it is a space where, we believe, it respects human rights and dignity.

“Europe should not be afraid from the changes which are already happening and its new plural identity. Today all societies are diverse and it should be dealt with in a very realistic way”

The second lesson, is our responsibility of solidarity between each other. We don’t know when we will have to leave. Thirdly and finally, Europe should not be afraid from the changes which are already happening and its new plural identity. Many European societies were used to think themselves as one cultural identity, but today all societies are diverse and they will become more and more diverse. It should be dealt with in a very realistic way.

The arguments you are giving don’t seem to convince any of the voters of the European politicians you were talking about, so I was hoping you could tell me something really practical which you would apply for diversity to work.

The first example would be to make people need each other and work with each other and collaborate to face their common problems. We are working to avoid segregation.

On an educational level, [you need] to know each other, because ignorance is a source of fear.

There is another aspect related to Islam. It is important to promote the discourse of Muslim thinkers, scholars and public figures who totally endorse human rights standards and an inclusive approach of living together. Give them a voice. It also can help Europeans to see Islam is also diverse. It has its own challenges and problems, but there are many Muslims who are working on this and they deserve support.

“The laicism of France is not at all my model. I advocate for an inclusive model based on a secular political system, respecting diversity as well as the freedom and richness of each community”

You advocate for the separation of religion from politics. Would the laicism of France be your model?

Not at all. In fact, I don’t advocate for a separation, I advocate for an inclusive citizenship, which means that religion should not be the framework of living together. We need to establish a citizenship system that can recognize the diversity of religions but prevent religious authorities from interfering in politics.

It’s not the French model, it’s more an inclusive model based on a secular political system, but a system that is also inclusive to all diversity, respecting the freedom but also respecting the richness of each community and what it brings to societies.

Some people argue Islam cannot be democratic. What do you think?

Those people lack a historic perspective of democracy, because in the 19th century Christianity and Catholicism were against democracy too. Any stigmatisation saying that Islam is not compatible with democracy is completely unrealistic, it’s not true. There are very good Muslims democrats in Lebanon and there are also Muslims who are against democracy.

“Any stigmatisation saying that Islam is not compatible with democracy is completely untrue. Some populist parties in Europe are against the values of democracy”

But I think some [non-Muslim] extremists here and even Europe, some populist parties are themselves against the values of democracy. It is true in many Muslim societies today that democracy is a challenge, but it is not about Islam, it is about interests and politics. The young generations are striving to build democracy in their countries.

So, I don’t think there is a religion which is more democratic than others; it’s about culture, about people, about the value system.

Do you think the rise of policies against Muslims in Europe and the United States are announcing a new form of Nazism?

I hope not. I think these waves of populism and extreme right parties are too serious not to be taken into consideration. It can one day lead to totalitarianism. We should remember that Hitler arrived to power democratically. The Western countries have to be very careful about this.