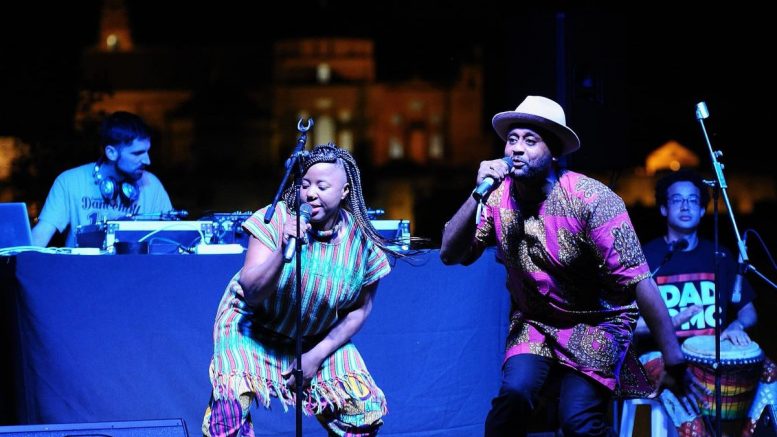 From UK to Spain, European citizens tell how they celebrate their holy month.

Elisa prefers not to get her last name published in this story. Seven years ago she converted to Islam and considers that being a Muslim of Spanish parents is “an extra challenge, because it is not usual”. “The stereotype pulls a lot, both on the Muslim side and on the non-Muslim side,” says the 39-year-old teacher.

Festive decoration fills the streets of Muslim-majority countries these days, because Ramadan is – above all – a celebration, one in memory of when they believe that the Quran was revealed to Muhammad. In fact, at the end of this lunar month next week, gifts are given at the Eid al-Fitr celebration.

In Europe it is difficult to find a place where public spaces show any sign of this special month for 5% of its population. One of those corners is in Ceuta (Spain). Special street lighting is installed in their streets to wish happy Ramadan to the Muslim population.

The lawyer and town councillor from Ceuta, Fatima Hamed ​​Hossain (40), says the atmosphere in her city is what she likes best at this time of the year. “Fortunately, the fact that almost half of the Spanish people here keep the fasting in the month of Ramadan encourages interaction, coexistence and mutual knowledge”.

The “community spirit” is also what the British stand-up comedian Tez Ilyas (35) likes most about Ramadan. “It’s like a month-long festival,” he smiles. Although Ramadan is usually known to non- Muslims as the fasting month, for the Muslims Salam Plan has spoken to that aspect is almost the least important.

Muslim communities organize activities such as the soccer championships or long walks in the Spanish town of Melilla. They often also meet in group dinners for the celebration of Iftar, when they break fasting at sunset. Sometimes these meetings are even interreligious to encourage dialogue, like the ones that Arco Forum and Casa Turca (‘Turkish Home’) have been organizing in Madrid for the past six years. Or like “The Big Iftar” that took place this week for the first time in the British Parliament.

“As Home Secretary I will do everything I can to stop hate crimes in this country.” @sajidjavid #TheBigIftar pic.twitter.com/n0pO1PIsjR

That is so, because Ramadan is also to share “moments of exchange and fraternity,” Iaad Ben Diah (26) explains. He is from Toulouse (France), although he has been living in Paris for three years now. He is studying a PhD in mathes and chairs the association of Muslim Students of France (EMF). He assures that neither in his city nor in the French capital has he ever had any problem to celebrate Ramadan, despite the growing Islamophobia and the many supporters Marine Le Pen reaps in the country.

“There is the France of media and the France on the ground. I live very well as a French citizen of Muslim creed (…). France is a country of freedom and tolerance where everyone can live their faith and religious festivities with all serenity,” he argues. “Mrs. Le Pen has no impact on my daily personal life really.”

Asif Arif (30), a Parisian lawyer and regular contributor to various French media, agrees: “Not everyone in the outside world understands the spirit of Ramadan. The most difficult part is also the media controversy surrounding Islam. But we live in France, a free country, where people respect each other and understand that we must live together.”

A flexible at work schedule is appreciated, nothing more is needed

Tez is a comedian who usually jokes about his own circumstances as a British Muslim and the prejudices against those who profess Islam. “For those of you who don’t know that much about us, you might recognize us from such hate TV shows as the news,” he said in one of his shows on BBC.

But he does not mention any bad experience when answering Salam Plan‘s questions about Ramadan in the United Kingdom, at work neither. “In my experience, employers are usually very accommodating,” he says. In his opinion, it would basically be to allow a flexible schedule during this month.

“Starting later and having a shorter lunch break to make-up for the last time and maybe being a little conscientious about food and water near desks,” he suggests.

Ceuta lawyer, Fatima, has trouble these days paying attention to the alarm clock and that’s why she takes advantage of lunch time to take a “little nap”. She also “hardly” perceives difficulties in her working environment for Muslims to celebrate their month of shared spirituality. Fatima is self-employed and can organize herself, but she has not detected problems for employed persons either.

“What people usually do in several companies is changing shifts, holiday periods etc. to make things easier for other colleagues. The same is done at Christmas”

“What people usually do in several companies is changing shifts, holiday periods etc. to make things easier for other colleagues. The same is done for example at Christmas, where those who do not celebrate try to cover our peers who do,” she explains.

Elisa agrees that her usual schedule is the main difference during Ramadan. “We get up early, so I try to leave a while free to rest in the afternoon, since there are also many hours of light.” As a teacher, her work does not allow her to vary anything on her time scheme, but she can in another practical aspect: “I have to talk a lot and I cannot refresh my throat, as I usually do, so I have to avoid wearing down”.

In Germany, Naima Niazy (28) cannot help but getting irritated by a co-worker who asks each year again if fasting also includes not being able to drink. “This question and lack of comprehension occur so often, that sometimes I want to print out a T-shirt that reads: ‘Yes, cannot drink either,'” she admits.

At the same time, this postdoctoral researcher in molecular biology admits that what she likes best about Ramadan in Germany is the interest shown by non-Muslims: “They inform themselves and take it into account, simply because they like me (…). Conversations arising from curiosity and without prejudice enrich me and help me to learn new perspectives, regardless of whether in the end I have the same opinion or not.”

Iaad, the representative of the Muslim students of France, assures that “those who fast have a totally normal life during Ramadan. My fast should not be imposed on anything about my coworkers or the university world.”

Asif, the Parisian lawyer, says he always tries to be “more calm” and “temper the nerves” at work, as part of that “attempt to evolve towards more spirituality” during Ramadan.

Do not get angry and other top goals in Ramadan

“I actually enjoy the hunger and the thirst. It reminds me how lucky I am that I live in a part of the world where I can generally eat what I like whenever I want,” Tez says. “It’s a really special time where everyone is pulling in the same direction to be a better person.”

Elisa emphasizes that “fasting involves an entire attitude, which goes beyond stopping eating and drinking.” This includes, for example, “to avoid getting angry or talking badly; it is always that way, but during this period, with more reason”.

That positive attitude is what prevents Naima from carrying out her desire to print out that T-shirt. She believes that this other aspect of Ramadan often does not get the necessary importance: neither to get angry, nor to bother others nor to carry out “meaningless discussions”. “We all say things that are not especially kind or we exchange the latest gossip with our colleagues. It is something that becomes part of the daily life and does not kill anyone, so it is good to be aware of it and work on it,” she says. 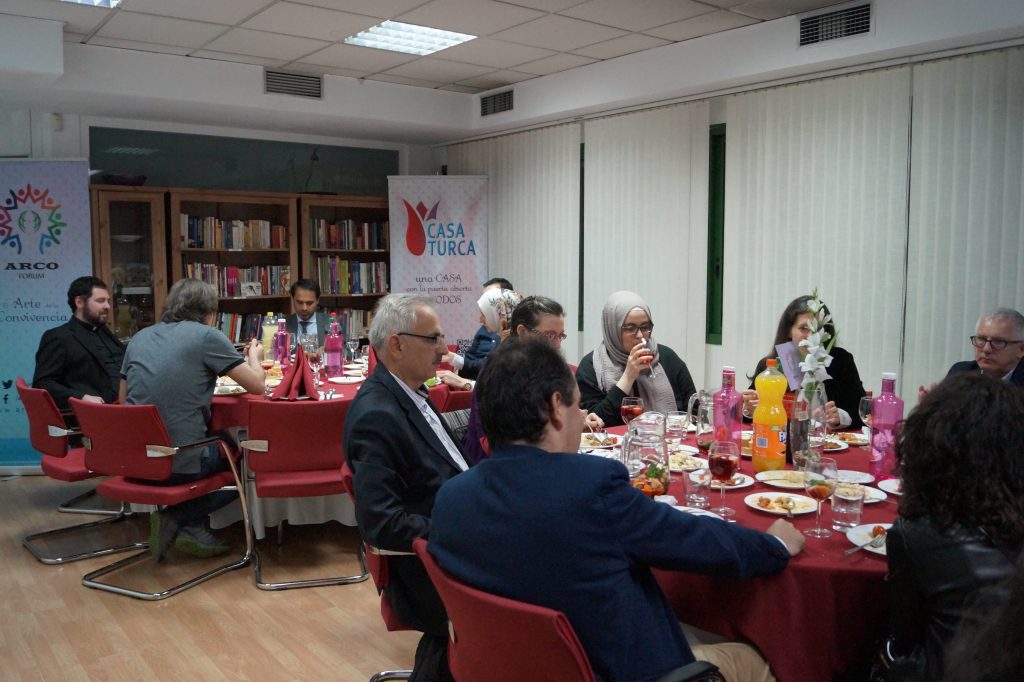 Another maxim in Ramadan is to help the needy. The British comedian says that “it’s also a month where we really think about charity, Muslims dig really deep in our pockets in this month to help those less fortunate than us around the world.” Naima points out that charity can also consist in helping acquaintances or neighbours or “simply smile to another person”.

Asif believes that the altruistic aspect is the least known of Ramadan among non-Muslims. He also explains that it is not only about sharing material aspects with others, but also about “debating and getting better together”. For him, this month has an important “dimension of freedom, choice and altruism”.

It is not torture, but this is what costs the most

“Ramadan is not an insurmountable test that is summarized in refraining from eating and drinking,” Iaad emphasizes. It serves to “reconnect with the essential (…), the piety” towards God. That’s why he goes to the mosque every night and the day usually ends around 1 in the morning, he says with a smile.

The few hours of sleep are an aspect that is repeated among Muslims who participate in this story, as much or more than the lack of food and drink during the day. And when Ramadan falls in summer, the short European nights sometimes demand fasting during 19 hours, highlights Tez, the British comedian.

“The night time prays (Tarawee) at the mosque” are the hardest for him. ” Over the month the Imam prays the entire Qur’an in congregation. It’s tiring and takes about an hour every night,” he explains. The next day, Muslim believers will have to get up before the first sun rays appear to eat and do the first of the five prayers of the day. Some people go back to bed, others feel too sated to sleep.

>>> You may also want to read: Muslim and feminist? These women show it’s possible<<<

Loneliness during dinner is what is most difficult for Naima these days, as it is normally a time to celebrate and to share with a group, either with the family or other people. She does not live with anyone and, although she recognizes that she could meet for Iftar with other believers in a mosque, she does not want to. It is the family the ones she misses.

For Elisa, the Spanish teacher, the most difficult thing to celebrate Ramadan in Europe is that “the usual working and social calendar is ongoing and sometimes it is not easy to combine with.” But at the same time she emphasizes that she “enjoys it with a lot of freedom”. She adds: Ramadan is “a practice that produces immense joy; It is not torture.”

For all these European citizens Ramadan is an opportunity to devote more time to their faith and their relationship with God, as well as to work to become a better person and spend more time in community. The essence does not seem so different from the meaning of Christian festivities such as Easter and Christmas. By the way, Muslims also believe in Jesus as an “envoy” of God.